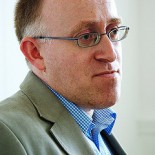 I came to Roth late, with 1997’s masterful “American Pastoral.” His was a name I’d seen on bookshelves for years without getting round to reading him. I’d just started my MA in novel writing, so was looking for inspirational contemporary books. “American Pastoral” is just that – a tour de force on late 20th Century America. Part morality tale, part historical novel, its scope is only matched by its languages. It was Roth’s way of writing, long sentences, with umpteen clauses; a story told at one remove, to his alter-ego Nathan Zuckerman, as if viewed through a magnifying glass. The book’s that followed, “I Married a Communist”, “The Human Stain” and “The Plot Against America” were almost as good. I’ve not yet gone back to Roth’s earlier novels – though I look forward to doing so – and of course, Roth keeps on writing, his latest books being shorter, but perhaps no less interesting. He’s been published for over half a century, and in my continued love affair with American fiction, is my late muse.

My review of “Indignation”

This entry was posted on October 16, 2010 by Adrian Slatcher in Writers and tagged american, american pastoral, novelist, philip roth.

Art of Fiction – Blogging About Literature

What are you looking for?